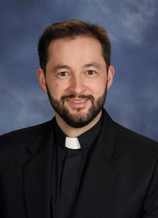 13 Apr
Parish Council Meeting
14 Apr
Pre-Sanctified Liturgy
Followed by light "Lenten Bowl" meal and Faith and Family Weekdays Lenten Presentation
15 Apr
Prayer and Panera - Men's Prayer and Breakfast Fellowship
16 Apr
Service of the Akathist Hymn
The Akathist Hymn is a beautiful treasure of theological poetry set to music in honor of the Most Holy Theotokos. Its main hymn, “O Champion General” (“Ti Ipermacho“) commemorates the rescue of the Byzantine imperial city of Constantinople from attack, which the faithful attributed to the intercessions of the Mother of God. The service is offered in two forms. The first four Fridays each contain only one segment of the larger poem and are called “Salutations,” from the greeting of the Archangel Gabriel to the Theotokos. The “Akathist Hymn” refers to the entire service with all the stanzas and is offered on the fifth Friday of Lent.
18 Apr
Orthros

Holy Trinity Church is a parish of the Greek Orthodox Metropolis of Pittsburgh, the Greek Orthodox Archdiocese of America and the Ecumenical Patriarchate of Constantinople. Our mission: "To proclaim and live the Orthodox Christian Faith in its fullness as faithful members of the Body of Christ."